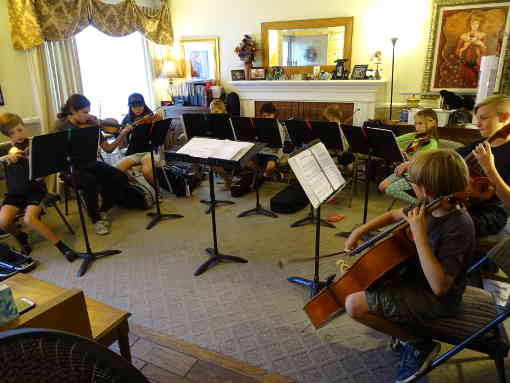 JrO is a the best way for a budding student to take their fledgling skills and build some real musical improvment. Weekly sessions pulling apart songs measure by measure, and working on the fine art of ensemble (playing individual parts, that differ but must be played in sync with each other) help our students to soar.

Being in a group is like having young children running along side their parents. Little legs get tired, and sometimes stumble, but holding on to parents willing hands they are lifted before they fall. This is pleasurable to the child, and until the child has grown to heavy, to the parent as well. Kids are then lowered back to the ground to try it over again.

In JrO we invite more skilled available players to join the new players and keep the music going so that the new ensemble players have a guide. This support helps them to go faster and and sometimes work on harder songs than they could attempt on their own.  Each member plays, and while one stumbles and perhaps drops out the song goes on. This allows new students to play as much as they are able, and through practice, individual attention, their musicianship begins to flourish.

Each song is broken down note by note, measure by measure, section by section and together we become more than what our individual effort is capable of, we become a team.

SESSIONS: Run concurrent to the school sessions as the programs combine both homeschoolers and public/private schoolers, check the CLASSES PAGE for the next session! 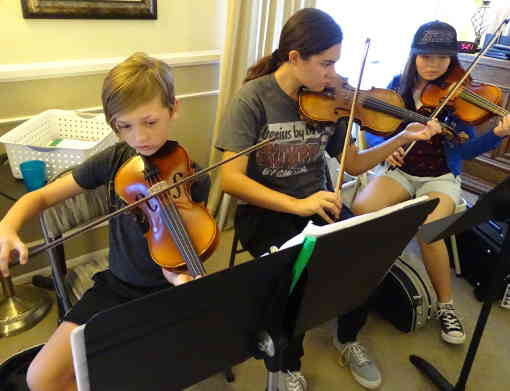 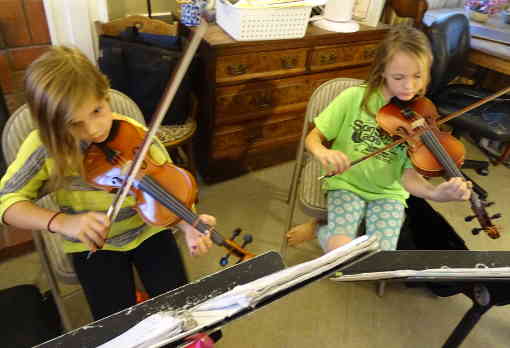 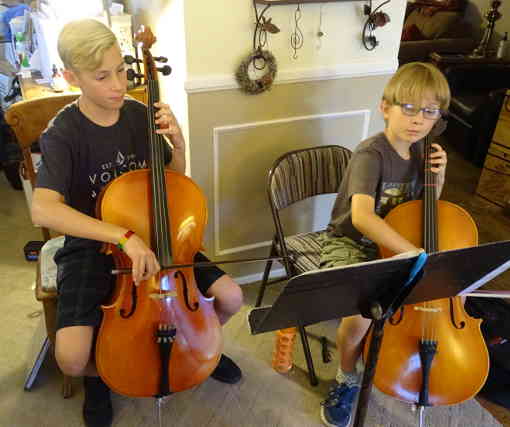 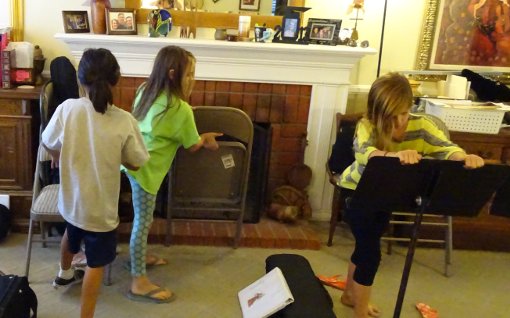 Students learn how to work as a team. Playing together, helping others and cleaning up is an essential part of the program.

Whether it is putting pencils and highlighters back on the shelf, or storing folding chairs and music stands, they work together to get the job done! 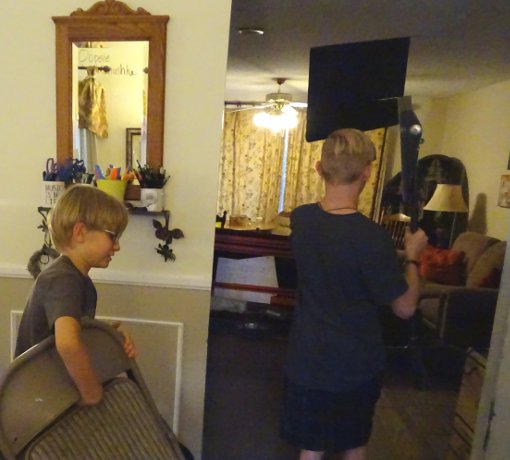